The plan for today was to take a boat trip around Staffa and Lunga, mainly to see the puffins on Lunga. We drove around to the Ulva ferry dock to get the boat in the morning. We got there just in time to leave. 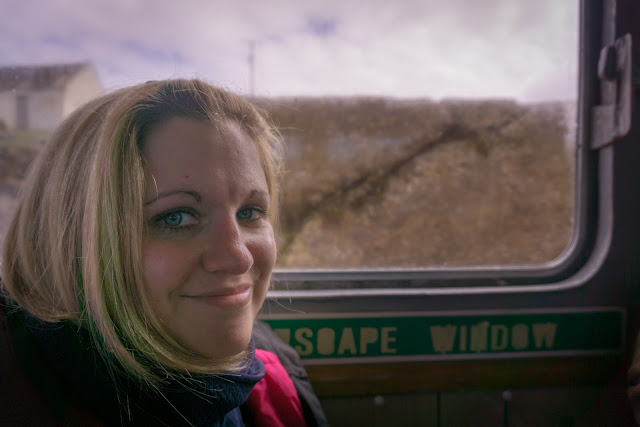 About 10 minutes into the trip, the captain spotted a sea eagle. 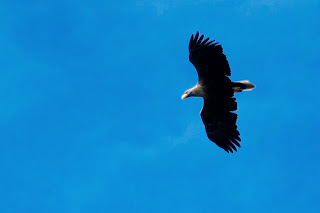 The rest of the trip to Staffa was pretty bumpy. Quite a few people looking green on the boat. But when we got off the boat, we had a poke around Fingal's Cave. 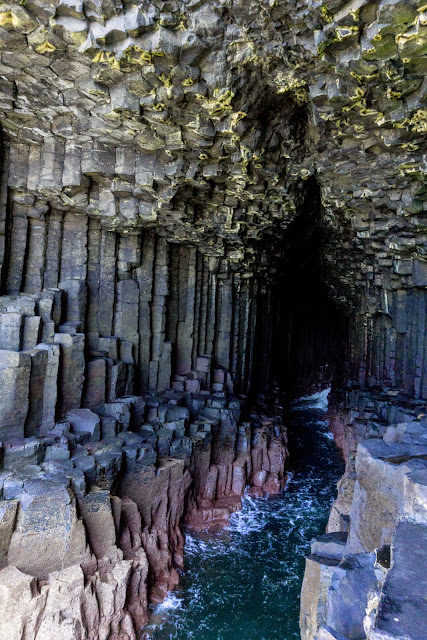 Then had a look around the rest of the island. 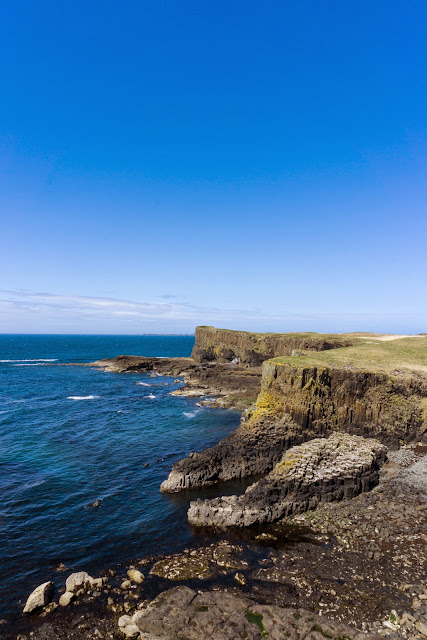 Then it was back on the boat to head to Lunga, which was another bumpy trip. Off the boat again, we climbed up a bank and immediately came across a whole troupe of Puffins! 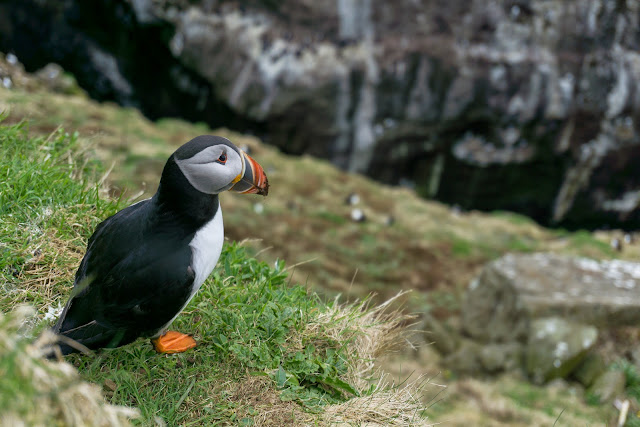 Further along the cliffs, there was a large rock full of Guillemots making an incredible noise (as well as the puffins, razorbills and shags). 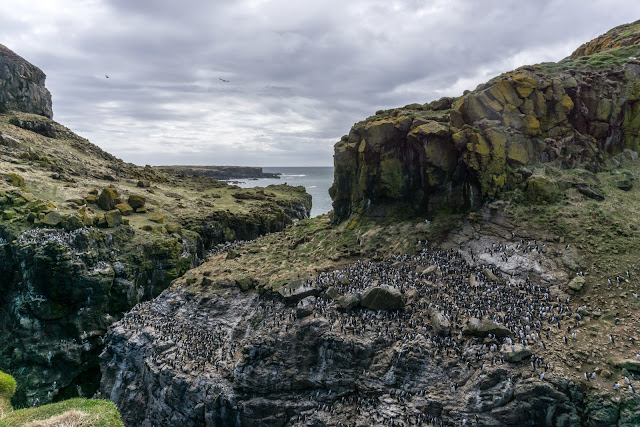 Lots of Shags were sitting a bit further along. 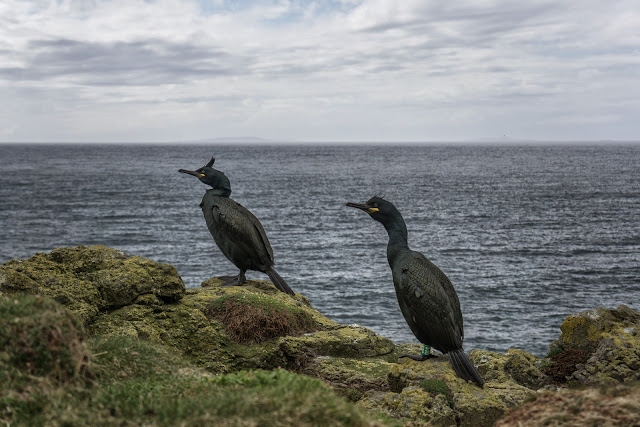 Then back on the boat for a much smoother ride home past some Atlantic seals. 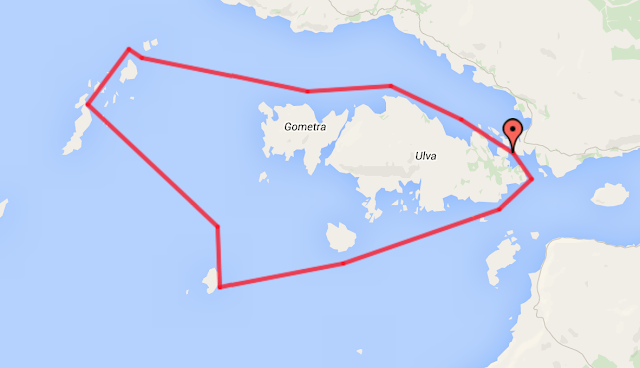