Caroline was still fast asleep when I got up and was still sleeping after I had a shower and breakfast. I decided to go down to the café under the flat, have a coffee and continue reading the Monty Halls' book. I spent a few hours there and had nearly finished reading it by the time Caroline came down to join me for some lunch.

After I had my crab roll and we had bought some food for the evening, we went back to the flat and I finished reading the book. I was a bit restless now and Monty had inspired me to be adventurous. Even though it was still raining, I went out for a bit of a walk. As it was so wet I got geared up in the most waterproof stuff I had.

I was planning to head east from Glengorm castle along some forestry tracks. To get to those I had to go back along the road to the castle and walk through the sheep fields. I love this kind of landscape, with gentle rolling hills and just enough human touches to make that nice balance with nature. It’s rugged in a gentle way, with rocks poking out of the grass here and there, sheep, fences, tracks and the odd house. I think this is a big part of why I love the lake district so much.

After a mile or two, I reached the forest and started up a track that didn’t look like it was used that often. It was quite wide, but covered in grass. There were little yellow flowers everywhere, I took some quick photos on my phone to look them up later (gorse). I love walking through woods, it’s always so calm and atmospheric. I love the greenness of the light.

The forest track didn’t last very long at all before I came out onto a forestry track. I must admit I was a little disappointed. The forests are obviously very carefully managed, but the landscape looks devastated, like if a tornado had ripped through the trees. I also realised that it would probably be like this for most of my walk. Ah well, moving on.

The track was very easy going and I got some lovely glimpses of the sea and the Ardnamurchan peninsula before coming over the top of Ardmore Bay. It’s a very pretty little bay, but with a desolate glen of cut-down trees behind it. Interestingly, there were a number of old dry stone walls and ruined cottages, which means that people must have farmed here in the past. After a bit of googling, I found that it was a settlement called Penalbanach and was inhabited up until the 1930s. It’s interesting that I find the deforestation a bit unsettling, even though the felled trees can only have been planted since these people left. 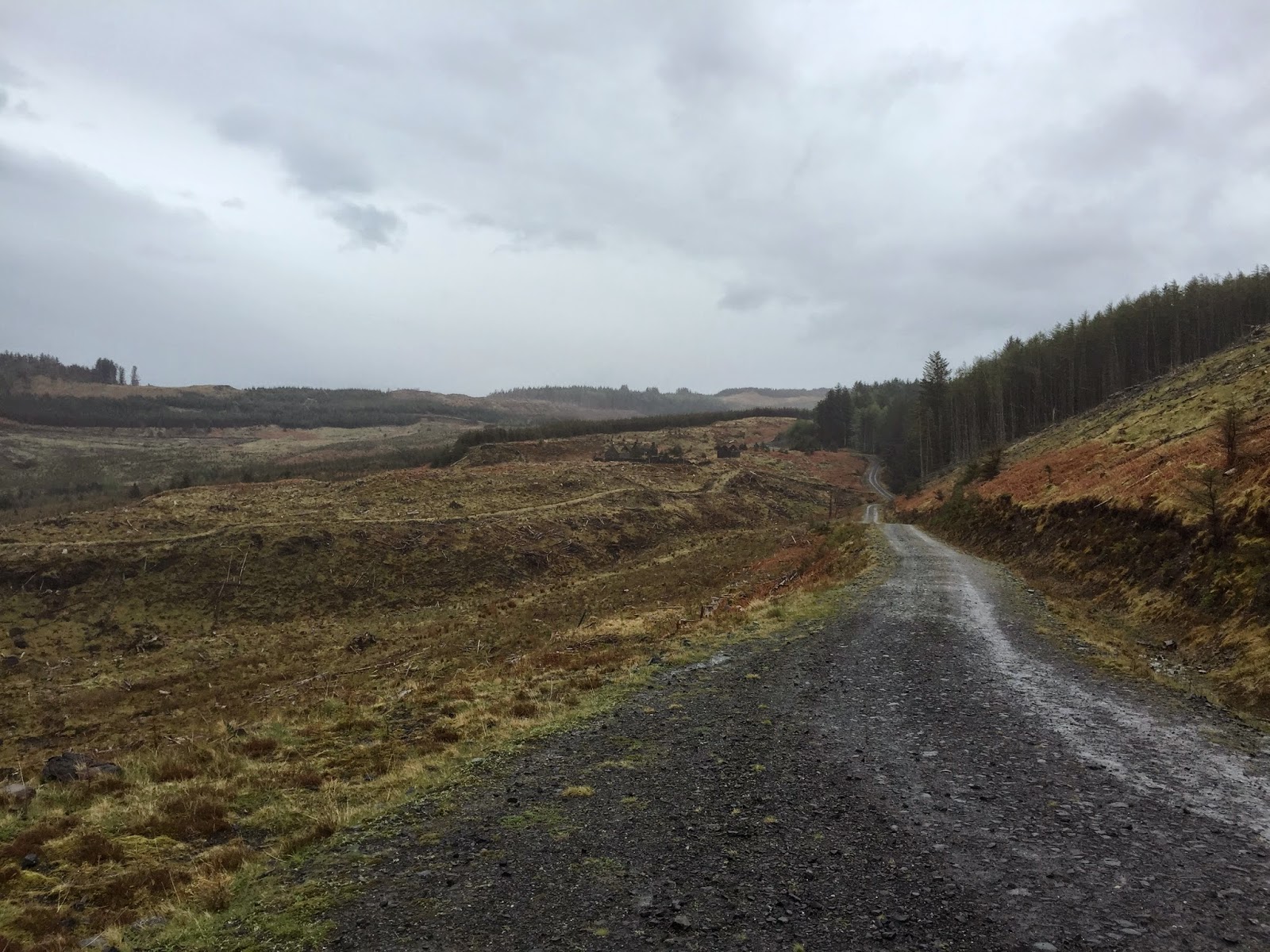 At Penalbanach there was a track leading down to the sea and in a few minutes I was at the rocky shore. There was a small bird hide tucked in by the shore. It was empty so I had a sit-down out of the rain. I watched a pair of oystercatchers on the rocks opposite the hide. They weren’t doing much, but did make quite a bit of noise. I was secretly hoping to spot an otter - perhaps I had a decent chance, I hadn’t seen any other people and I was closeted up in the hide. No luck though, just a few swallows and gulls came by. It was lovely though, sitting contemplating the scenery, cosy out of the rain, looking over the rocks of Ardmore Bay with Ardnamurchan sitting majestically in the backdrop

Once I dried up a bit, I carried on down the shore (always keeping a hopefully eye out for an otter of course) before turning back up the hill to the ruined hamlet of Ardmore where the forestry road sprang up again. I followed it around to where I had taken the path down to the shore and from there retraced my steps home. I got back nicely tired and with a new appreciation of waterproof gear.
Posted by Geoff at 11:45