Nigel was driving over to Ambleside today to join us for a walk. Caroline suggested something around Langdale, so once he got here, we drove out there. We were planning on having a look at what the weather was doing before deciding on a route. When we got out to Stickle Ghyll, the cloud was still dark and rather low, so we decided on one of our favourite walks - Blea Tarn, Little Langdale and back around Great Langdale. 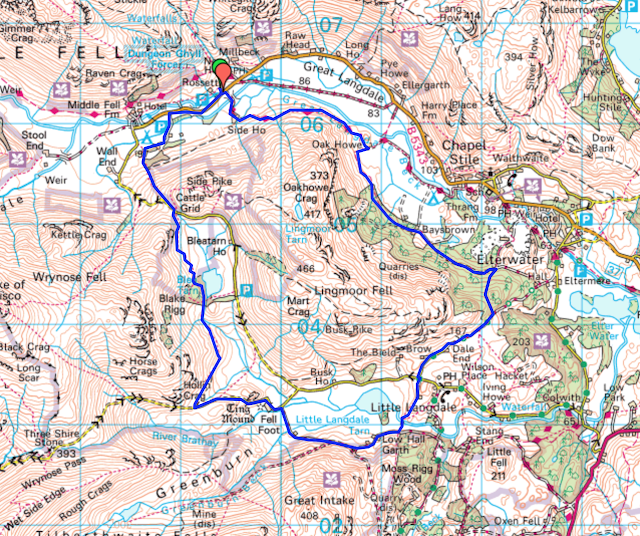 We started out from the National Trust car part at the bottom of Stickle Ghyll, and followed the road through the campsite. The campsite was interesting, they had all the modern camping alternatives: teepees, yurts and wooden huts. I was a little surprised that there were so many people camping - it had been pretty wet (the rivers were flooding a little) and it still wasn’t very warm.

Coming out the other side of the campsite, the route takes you up Side Pike towards the plateau that hosts the pretty Blea Tarn. Nigel had started pointing out interesting birds, like  meadow pipets, buzzards and some unknown diving bird in the tarn itself.

The path goes through a pretty wood alongside Blea Tarn before coming out into a series of waterfalls going down to Little Langdale. It’s probably the most wild-feeling part of the walk, and you can’t see too much civilisation from there. I love the waterfalls there, but I haven’t been able to find a nice way to photograph them yet.

I left Nigel and Caroline to climb Castle Howe and take some photos back up towards Blea Tarn. There was a pretty dramatic view of the Langdale Pikes peeking up behind the saddle. 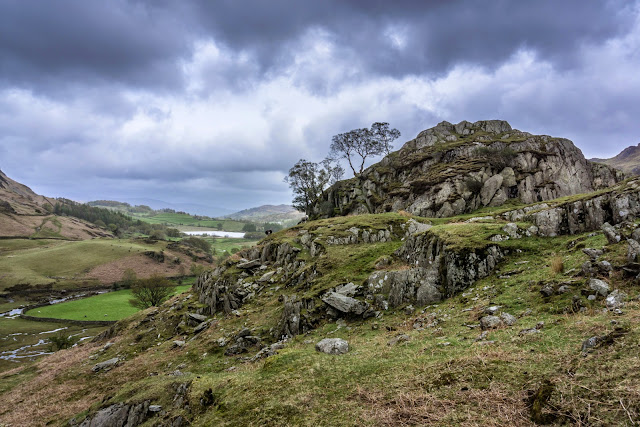 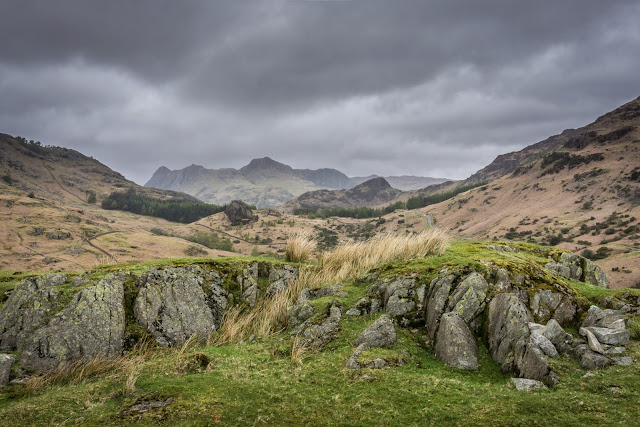 We crossed the river Brathay and sat to have lunch looking back towards the little Bridge End cottage and Blake Rigg. 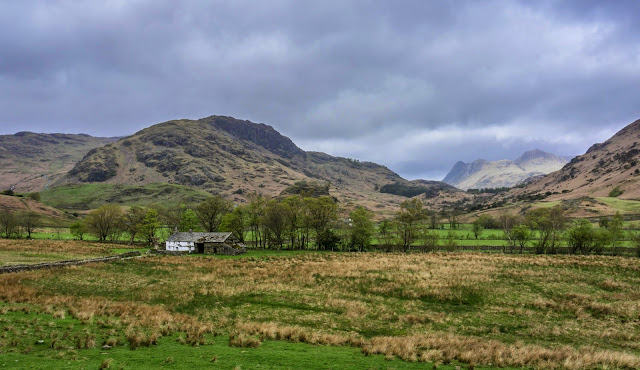 The path then follows the slate quarries before crossing back over the river Brathay and heading up towards High Birk Howe and around Howe Banks. I managed to get a nice shot of Dale End farm. 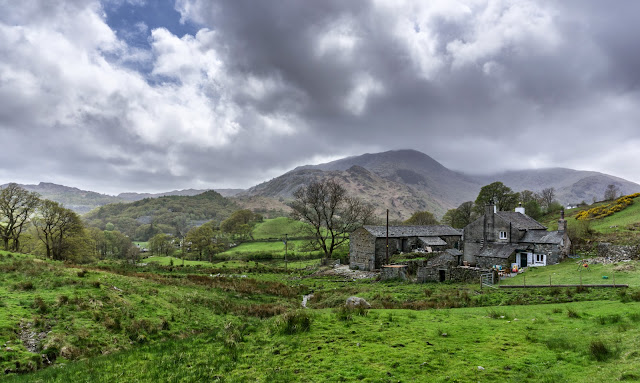 We then went through the woods for a few miles (spotting willow warblers and song thrushes) before coming out again above Oak Howe. 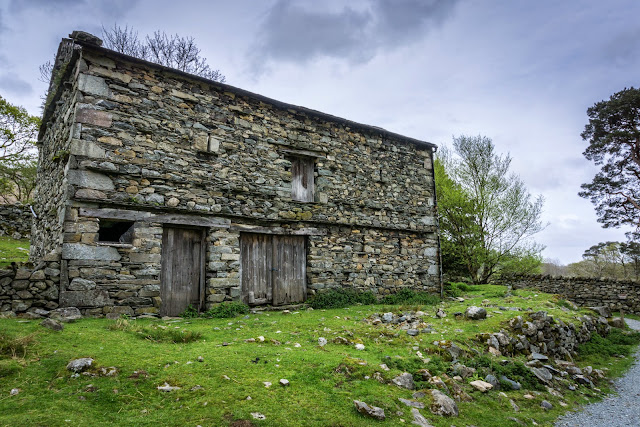 The final part of the route is along a lovely dry stone walled path that is part of the Cumbria Way and after about a mile, brought us back to the car park.